Kardel Sharpeye, the Sniper, is a ranged agility carry known best for his ability to deal damage from an absurd range. He does this by way of his passive skill Take Aim, which significantly increases his attack range by 100 units per level. This makes Sniper great at harassing enemy heroes and scoring creep kills while keeping himself out of harm’s way. At max level, Take Aim even allows Sniper to attack towers without being in their attack range, which makes him incredible at taking objectives and leading high ground sieges. 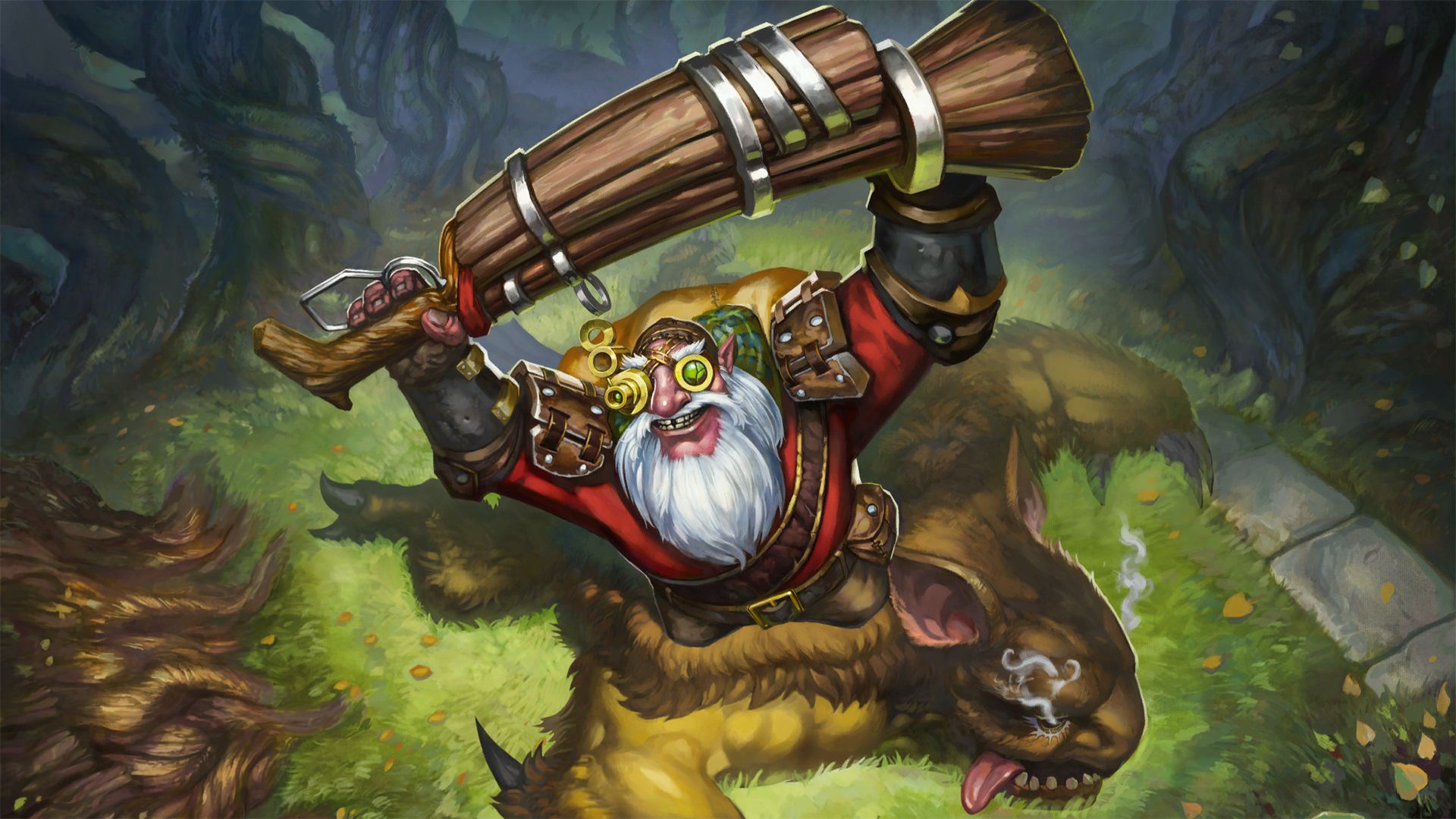 His other passive ability Headshot deals a large amount of bonus damage when it triggers, while slowing the target down 100 percent for half a second. Combined with his first active skill Shrapnel—which slows and damages enemy units caught in its radius over a long duration—Sniper can kite enemy heroes almost endlessly. Once they are weak and limping home, he can finish them off with his ultimate ability Assassinate, which deals an immense amount of damage to its target after a short period of time.

Despite his reach, though, he has some glaring weaknesses that prevent him from simply winning every game. For one, he is very farm-dependent—requiring a multitude of items to hit full effectiveness. It is thus unfortunate that he does not have a built-in flash farming tool, instead having to rely on pure mechanical ability in order to rack up gold early on.

Moreover, he has pitiful stats, particularly in terms of his health pool. He is undeniably one of the most fragile heroes in all of Dota 2, and is extremely easy to bring down with just a couple of nukes. He also has no natural escape mechanism, which means he must rely on mobility items or his teammates’ protection in order to escape gank attempts. Heroes with “free mobility” skills such as Storm Spirit and Riki also deal with him effectively, removing his range advantage entirely with their ability to quickly close the gap.

If he is left unchecked, however, Sniper becomes an infuriating force to deal with. He is able to deal heavy physical damage away from the enemy team, while keeping them far away with Shrapnel. He is also a nightmare to teams that try to push high ground without a plan, since his ludicrous range allows him to repel or even kill invaders from a comfortable distance. With proper positioning, Sniper players can make the hero almost untouchable.

Before we get into the skill build, it is necessary to talk about Sniper’s flexibility in terms of which lanes he can go to in the laning phase. Thanks to his range and fast attack animation, Sniper can be played as a solo mid, which gives him the advantage of solo experience gain. This does, of course, leave him more vulnerable to gank attempts, particularly from roaming supports. The other option is to put him in the safe lane with an allied support, who can babysit him until he is able to purchase some early game items.

Since Sniper is completely helpless in the early game, his skill progression is focused on giving the best chance of surviving the laning phase. Your first skill point should go to Shrapnel, as it can be useful when contesting the initial bounty rune spawns. It is also the closest thing you have to an actual escape ability, though it is useless against heroes that can teleport right next to you anyway.

Your second skill point should go to Take Aim, as its range bonus even at Level 1 is very noticeable. The third should go to Headshot, in order to increase your harassment power and allow you to pester your lane opponents even more. Shrapnel should be the first priority going up to Level 6, though, for the same reasons mentioned above.

Going into the mid game, we recommend maxing out Take Aim before Headshot. As heroes that are good in the mid game start to get their items and levels, they become much greater threat’s to Sniper’s farming momentum. Therefore, staying as close to your tower or teammates as possible during this stage—facilitated by Take Aim’s range bonus—becomes highly important.

Headshot is taken last due to its dependency on Sniper’s attack speed. It is a chance-based passive ability, so it stands to reason that the faster Sniper can attack, the more chances he will have of actually having it trigger during an engagement. It is essentially the icing on the cake that is Sniper’s kit, so it is best left for the late game. Finally, Assassinate should be taken at every ultimate level, in order to make it as effective as possible at each stage of the game.

Sniper’s core items will consist mainly of equipment that helps him survive teamfights, extend his range even further, and increase his physical DPS. While its nature as a double-edged sword still remains, Mask of Madness is one of the best pickups for Sniper in the early to mid game, thanks to his ability to stay out of the enemy team’s reach. It also shores up a few of Sniper’s weaknesses right off the bat. Its active ability helps him farm creeps and kill heroes at a much faster pace, and its passive ability gives him the sustain that he needs when going toe-to-toe with melee carries that manage to get close.

Leveraging Mask of Madness’ active ability should give you the farming pace to go for your next core items, which include things like Maelstrom and Dragon Lance. Maelstrom increases Sniper’s farming speed even more thanks to Chain Lightning, while Dragon Lance pushes his attack range to ridiculous levels. Later on, the Dragon Lance can be upgraded to a Hurricane Pike, which grants him a handy escape mechanism that also doubles as a teamfighting weapon.

As the game progresses, more choices open up for Sniper. Consider purchasing a Blink Dagger if you are in need of an instant repositioning tool; you might be surprised just how valuable such a thing can be for this hero. Protective items such as Linken’s Sphere and Black King Bar can help deal with problematic supports and semi-carries, who use harmful spells to take Sniper out of the picture. A Silver Edge can be a worthy buy against passive-dependent lineups, such as those with Bristleback, Phantom Assassin, Enchantress, and more. Silver Edge has the bonus of being built from Shadow Blade, which beginners tend to choose as their escape item.

If in need of hard DPS items, Monkey King Bar and Daedalus will greatly amplify Sniper’s output. The former is especially useful against heroes with evasion items (such as Butterfly or Heaven’s Halberd), while the latter is best chosen against heroes with no way to avoid Sniper’s shots. Daedalus is, in fact, what gives Sniper the late game damage he is so notorious for, and should not be underestimated at any time.

Manta Style gives Sniper a flat DPS increase, thanks to its attack speed and agility bonuses. The additional damage from the illusions is also quite good, and can even double as an escape mechanism that confuses enemies. Eye of Skadi gives Sniper a massive boost in stats, while providing a passive slow that keeps his targets at his optimal range. Divine Rapier is the ultimate Hail Mary item, as it allows Sniper to decimate the opposition in just a few shots. Of course, it is a high risk, high reward pickup, as Sniper is susceptible to getting focused down and deleted from the game.

As mentioned, Sniper is one of the easiest targets in the game, thanks to his small health pool, slow base movement speed, and lack of a natural escape mechanism. Heroes with powerful nukes such as Queen of Pain, Lina, and Lion can make short work of Sniper, exploiting his fragility with relative ease.

Natural Blink Dagger carriers with long disables also give Sniper plenty of trouble. Consider drafting picks such as Centaur Warrunner, Axe, and Tusk in order to lock him down and finish him off before he can react. Note that these heroes can buy Blade Mail, which will also dissuade Sniper from standing his ground and fighting back with Shrapnel and auto attacks.

Heroes with invisibility can sneak up to Sniper, and deal heavy damage to him before he knows what’s coming. Bounty Hunter and Riki excel at this, especially since Sniper has no way to protect himself or otherwise get away without items.

Since positioning is of utmost importance to Sniper, heroes that have abilities that displace him are also good counterpicks. Pudge can use his Meat Hook to drag Sniper into the loving arms of his teammates, keeping him in place with their own disables and his ultimate ability Dismember. Vengeful Spirit can instantly switch places with Nether Swap, while Batrider can blink in and use Flaming Lasso in order to pull him away from his team.