Mercurial, the Spectre, seems to be a typical carry hero at first glance. As one without any built-in scaling, instead relying on pure stats and items, she is known to be one of the most farm-hungry heroes in the game. Her strength in the laning phase is practically non-existent, having only her Spectral Dagger to save her from death or help marginally in gank attempts. She is extremely vulnerable to enemy rotations, and can easily become dead weight if shut down early.

However, she makes up for her shortcomings with Haunt, one of the best global ultimates in the entire game. With it, she creates an illusion of herself next to every enemy hero that isn’t already dead, with the illusion dealing a fraction of her regular attack damage. At any time throughout the ability’s duration, the true Spectre can jump straight to any of the illusions, replacing them with herself. This allows her to be an “AFK farming” hero, while still having the ability to assist her team while she is on a totally different side of the map—a distinct advantage compared to other carries. 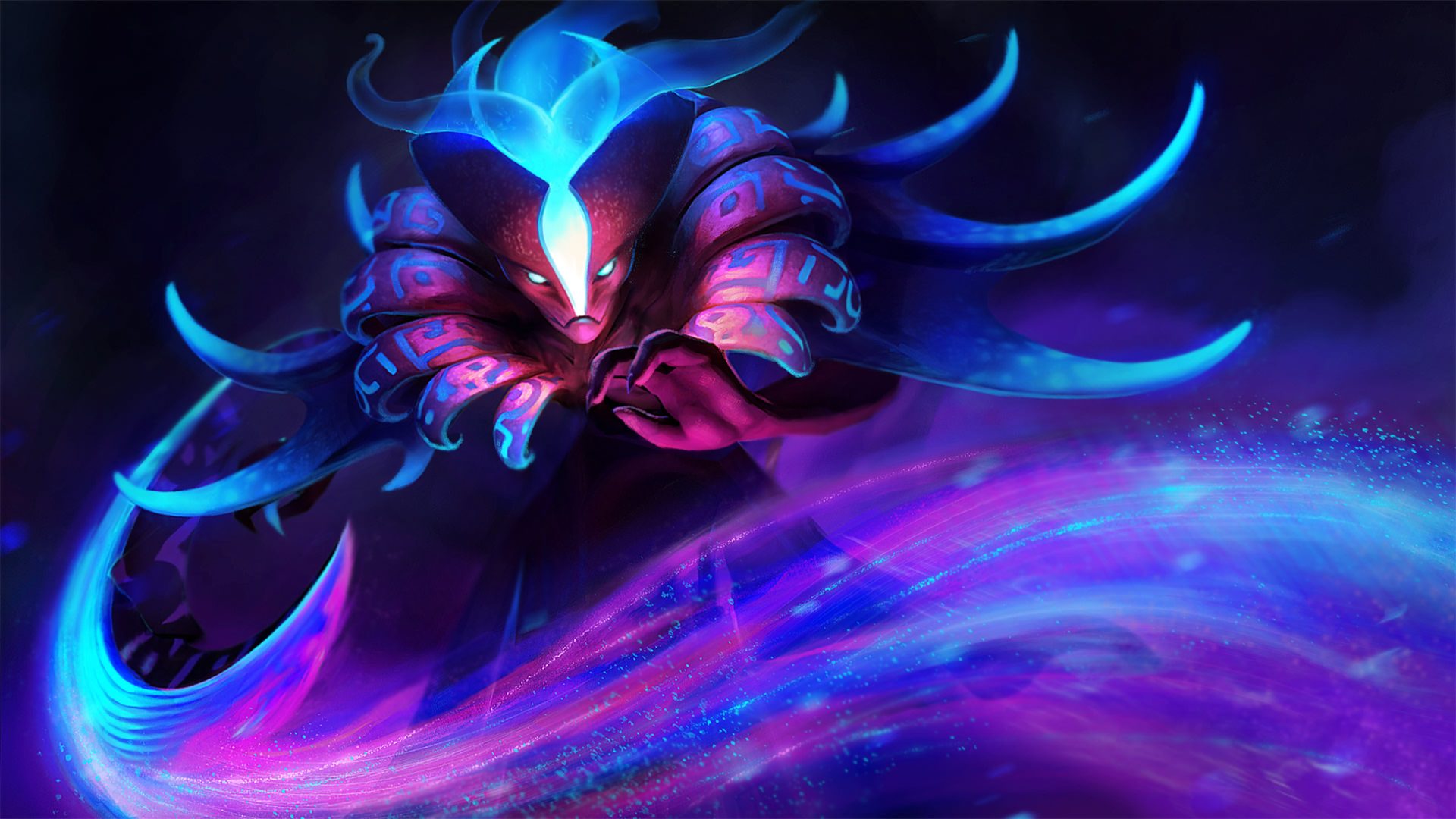 The rest of her kit enables her to be a serious frontline threat, thanks to Dispersion’s Pure damage type reflection and Desolate’s incredible output against isolated targets. In the deep late game, she leverages items that make her tough as nails, able to survive multiple high damage spells and crowd control abilities. Haunt also effectively prevents Blink Dagger-based initiation, which can very easily turn the tide of a possible five-on-five engagement with the enemy team. Overall, Spectre is very good offensively and defensively—but it takes a lot of time, patience, and careful play for her to reach her full potential.

Once she does, though, she dominates the late game like no other. Entire teams will hardly feel safe against the ever-present Spectre, and her ghastly form will haunt them all the way to their graves.

There is really only one optimal Spectre skill build, which makes her ability progression really simple and easy to memorize. Spectral Dagger is her most useful early game ability, which means it should be taken and maxed first. It’s a very flexible ability with a few different applications, plus it doesn’t hurt to have that magic damage early on. Remember that you can throw it in any direction and even target the ground with it, which means that you can easily escape into the treelines near your tower should your lane opponents decide to dive you.

In between all that, we recommend getting one value point each in Desolate and Dispersion, in that order. The early point in Desolate helps you score last hits on lone creeps, which makes your life in the laning phase just a little bit easier. Dispersion, on the other hand, is just a good way to reduce incoming damage early on.

Of course, Haunt should be taken at every possible turn, in order to reduce its rather long starting cooldown as soon as possible. Its duration also gets longer the more levels it has, which is always good.

Because of Spectre’s awful early game, your arsenal in the laning phase will consist mainly of cost-effective survival-focused items. Things like Ring of Health, Ring of Aquila, and Vanguard are excellent choices in this regard. Ring of Health in particular is great when you’re facing heavy harassment, which should be fairly often if your lane opponents know what they’re up against.

Going up into the mid game, though, we recommend farming a Radiance. This item was practically made for Spectre, thanks to its synergy with Haunt and Dispersion. Simply pressing the Haunt hotkey immediately causes Spectre to burn every hero that she gets an illusion on, which can really add up in protracted teamfights. More importantly, though, Radiance provides her with a farming mechanism, something that she sorely lacks otherwise. Your GPM will skyrocket with a Radiance in your inventory, as it allows you to clear creep waves and jungle stacks very quickly.

Of course, this is much easier said than done. Going for Radiance means that the rest of your team will have to fend for themselves for a significant portion of the early game. Make sure to tell them beforehand of your itemization intentions.

For late game choices, we recommend getting a Manta Style or a Diffusal Blade. Manta Style gives you valuable agility, attack speed, and movement speed, and a way to get out of silences without having to invest in a Black King Bar. The illusions from the active ability also increase your DPS, and can use Radiance just as well as the real Spectre can. Diffusal Blade is excellent versus mana-dependent heroes, and combines well with Spectral Dagger when slowing targets down.

If the game goes really late, however, a Heart of Tarrasque basically becomes a requirement. Nothing beats having 3,000+ health and the ability to regenerate back to full after disengaging. Your illusions will also appreciate the massive health bonus, as it also allows them to stay in the fight much longer.

The rest will basically be luxury/situational pickups. Butterfly helps against opposing carries, due to the built-in evasion. Blade Mail works well against teams that have area of effect damage in spades. Eye of Skadi benefits you and your illusions, and helps your team deal with BKB wielders.

Spectre’s teamfight combo is extremely simple, primarily because she only has two active abilities. You generally want to start off the engagement with Haunt, in order to disable Blink Daggers on the other team and cause general confusion within their ranks. Use Reality to teleport to a key target (preferably a support hero), then use Spectral Dagger to deal additional damage and get the movement speed to chase.

And that’s basically it. Your right clicks as well as Dispersion will deal the rest of the damage, as will Radiance. Remember that with our skill build, your Spectral Dagger will be off cooldown very often—so use it liberally.

Spectre’s most exploitable weakness is her extreme uselessness in the early game. Shutting her down early and often will make the rest of the game a living hell for her, so drafting good laning heroes and harassing her to the ends of the earth is the best way to prevent her from getting her items. Phoenix, Venomancer, Viper, and Undying are all excellent against Spectre in this regard.

Heroes with hard mobility also do well against her, as she has no hard disable of her own. Anti-Mage and Queen of Pain can simply blink away, and Storm Spirit can Ball Lightning away from her easily. Centaur Warrunner greatly increases movement speed for the entire team with Stampede, enabling a fairly simple escape.