A vital component of the Dota 2 ranked matchmaking system is “matchmaking rating”, also known as MMR. A player’s MMR is a numerical value that represents their skill level relative to the rest of the game’s playerbase. MMR starts at a value of 1 point, and theoretically has no ceiling at all—which means that MMR can grow infinitely.

A player can obtain his or her MMR by participating in ranked matchmaking, which is divided into six-month seasons. Fresh accounts and those that have gone through seasonal MMR resets must participate in calibration matches, in order to have themselves placed at a certain MMR value. Once a player completes their calibration matches, they receive a ranking medal, which is roughly based on their MMR. 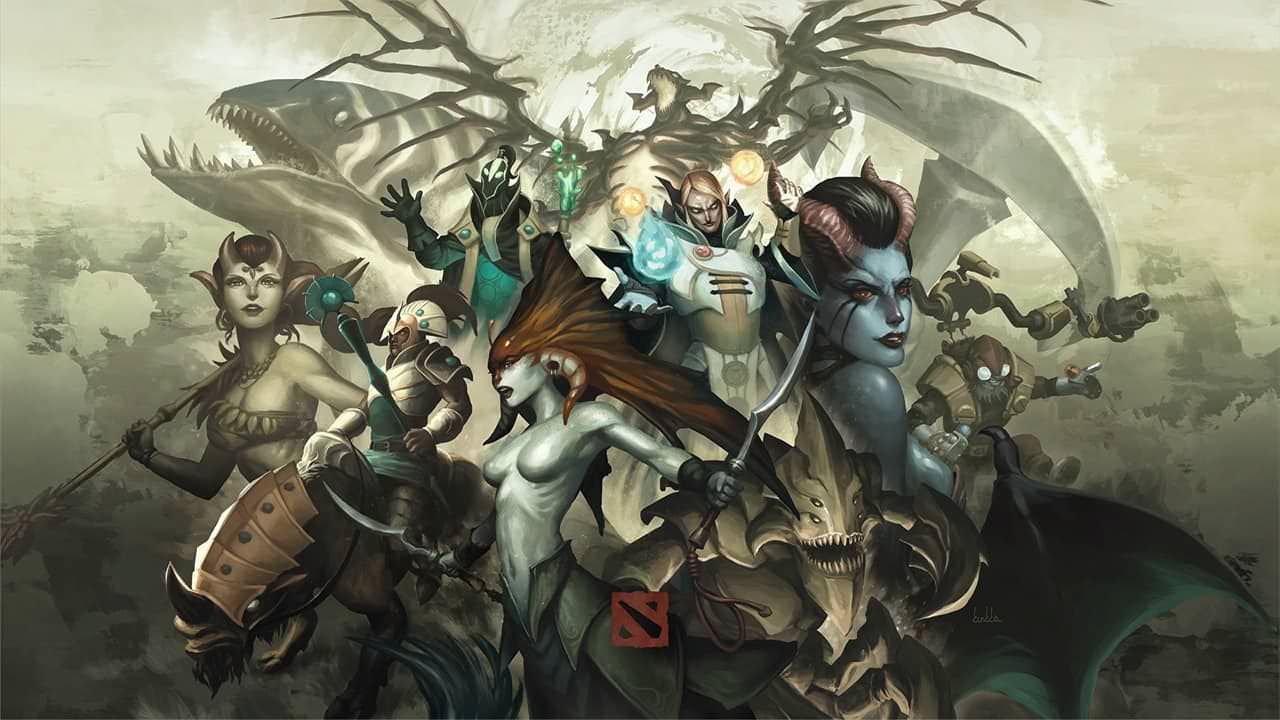 The mechanics surrounding the movement and progression of a player’s MMR are mostly obfuscated by Valve, leaving only the player’s MMR value and MMR gains/losses visible in the game client itself. This obviously can lead to confusion about how MMR works as a whole. That said, there is information about the intricate details made available by data miners and such, which we will cover in this general guide to the system.

Naturally, the matchmaking system tries its best to group ten players of similar MMRs together, in order to get the fairest and most balanced matchup possible. To do this, the system considers five separate MMR values, with some of these values being hidden from the player and his or her public profile. Solo MMR from unranked and ranked games comes first, which is determined by playing without any party members in your queue. This is facilitated by the solo queue mode in the game client, which disallows stacking up with friends.

Party MMR from unranked and ranked games comes next. This MMR is determined by playing ranked games with at least two players in the party, though stacks of four are not allowed to queue up in ranked matchmaking. Party MMR is completely separate from solo MMR, and even has its own set of calibration games independent of those from solo queue. Just like solo MMR, though, party MMR is visible to the player.

Team MMR comes last, which is essentially the average MMR of all the players in a party. This aids the matchmaking system in compensating for large skill gaps between party members, so that matches do not turn into easy ranking points for lesser skilled players. Essentially, it is the system’s anti-boost mechanic, which makes it harder for highly skilled players to carry their friends to a higher rank.

Training matches and bot games do not count towards a player’s MMR.

Each player’s account also has an uncertainty factor attached to it, which refers to the standard deviation of their MMR. This deviation is responsible for either accelerating or decelerating a player’s MMR progression, based on whether or not said player is winning versus higher skilled opponents or losing to players in lower tiers.

Player accounts that have high uncertainty are more likely to be matched up with others that are either significantly better or worse, as a result. Fresh accounts tend to have wildly fluctuating uncertainty factor, as the matchmaking system tries to figure out where he or she is on the skill spectrum. Note that uncertainty in unranked queue and ranked queue are treated separately—and that players who suddenly jump into ranked matchmaking after having played a large number of unranked games may still experience the effects of uncertainty.

This aspect of the system also causes larger increases or decreases in MMR after each match, depending on the skill gap between both teams and each player’s uncertainty factors. This will eventually even out with more games played, especially if the system sees that the player’s results are more or less expected. On the other hand, unexpected results will increase uncertainty, therefore creating games that vary pretty wildly in terms of skill level.

Queuing as a group

When queuing with friends in ranked matchmaking, all players on the team will receive bonus MMR compared to solo queue, should they win the match. This is presumably to compensate for the increased coordination between party members, who tend to use voice chat applications or the voice chat feature built into the Dota 2 client. Players who queue with each other frequently also tend to know each other’s roles, strengths, weaknesses, and tendencies better than teams that are composed of five random players.

Going back to the uncertainty factor, parties that have large skill gaps between each member will receive more MMR accordingly. This also ties in with the anti-boost mechanic mentioned earlier in this guide.

It is natural to assume that MMR is the only factor taken into account by the matchmaking system, but this is simply false. It is, of course, the primary determinant, but other values also come into play. Contrary to popular belief, the system also does not attempt to lock players into an even 50 percent win rate, though it does try its best to produce evenly-matched teams. This means that a player’s win rate will settle down to around 50 percent over time, though this isn’t a “hard” intention of the system. Players at the very top of the ladder, however, will generally have a much higher win rate in comparison.